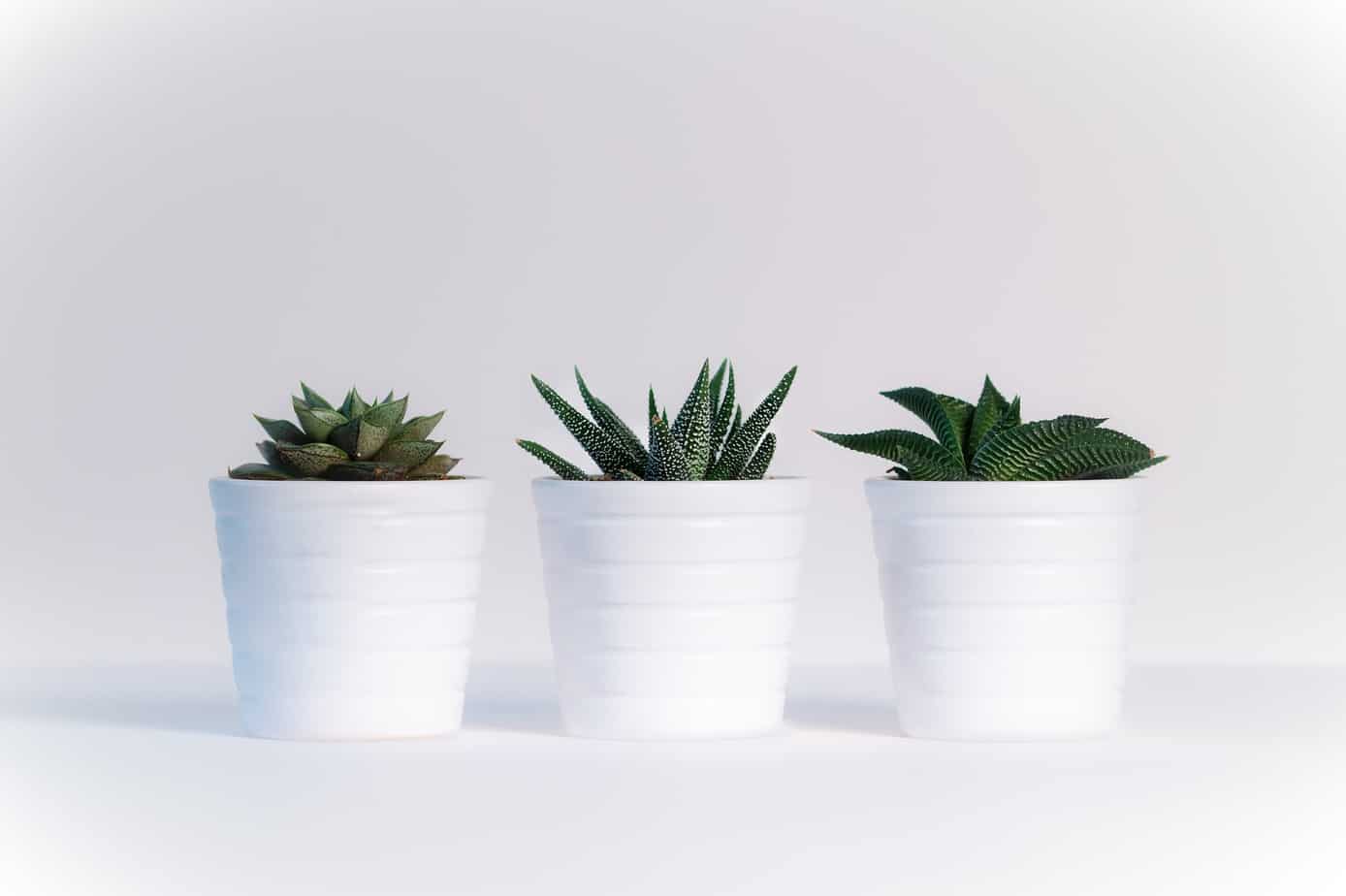 If you are looking for indoor plants, you’ve come to the right place! Learn everything you need to know about indoor plants and their benefits. Feel closer to nature than ever before!

Human beings have an innate bond with nature, from a stroll in the garden to the first ray of the Sun, and many more of these naturally occurring events invoke a feeling so sublime that one will be left with no choice but to concede to the healing powers that nature possesses, this affinity between human beings and nature is further corroborated by the biophilia hypothesis.

What is biophilia hypothesis?

Edward O. Wilson introduced the biophilia hypothesis in his book “biophilia” in the year 1984, which describes a human being’s subconscious drive to connect with nature and all living things. It also shares the belief that being in close proximity with nature does not only have a therapeutic impact but also has a positive effect on an individual’s physiological and cognitive health. Activities such as gardening and being around plants have reduced stress and created a healthy atmosphere to reside in.

We as a society have been a witness to various kinds of pollution that have caused humanity a great deal of suffering and even death in several cases. According to a study nearly 9 million people lost their lives as a result of increasing pollution in the year 2015, contamination of the natural environment by chemical substances or energy is termed as pollution. Pollution can be further classified into air pollution, water pollution, light pollution, environmental pollution and noise pollution, these are just a few types of pollution that have had an adverse effect on our planet.

Air pollution is said to have caused 7 million deaths every year and is considered to be the world’s greatest health risk. It has continued to have an injurious effect on the health of living beings and causes great damage to the climate. Some of the gases, particulates and biological molecules are considered to be various kinds of air pollutants that cause pollution-related diseases. The poor air quality can be a result of human activity or it can be due to certain naturally occurring processes.

Some of the common pollutants found causing deterioration in the indoor air quality are secondhand tobacco smoke which not only affects the active smoker but also the people around them, the carbon monoxide and other particulates being emitted from the tobacco smoke results in bad air quality, the other causes for indoor air pollution are indoor combustion, molds, allergens, volatile organic compounds which are seen in gaseous, solid, or liquid state and other toxins.

Indoor air pollution is seen as a serious threat to health in developing nations, as urban dwellers spend a considerable amount of time indoors hence they face a greater risk of suffering from “sick building syndrome”, in which the residents of a building develop an illness or other chronic diseases due to the time spent in the building, a major source for this could be the bad air quality caused by the inadequate method of cleaning, contaminated gases, volatile organic compounds, or improper purification of air. Some of the helpful ways to battle indoor air pollution are to:

According to a two-year study conducted by NASA in 1989, indoor plants played a major role in removing volatile organic compounds such as benzene, toluene, and xylene which are the main components of indoor air pollution, the experiment also showcased the purification of air indoors as the plants extracted carbon dioxide and helped in reduction of microbes and an increase in humidity, the NASA clean air study took place in closed air-tight chambers in order to research the ability of houseplants to purify the air in space stations.

It is also known as “snake George’s sword” or “snake plant”, due to its tolerance to low light levels and irregular watering, it is among the best low light indoor plants that purifies the air indoors by removing toxins that have been the primary contaminants involved in causing “sick building syndrome”.

Dracaena trifasciata is a perfect recommendation for the people who are relatively new to cultivating indoor plants as it easy to nurture and thrives even in cooler climates.

This plant contains compound that is mildly toxic if consumed by dogs and cats and can cause gastrointestinal problems upon consumption. 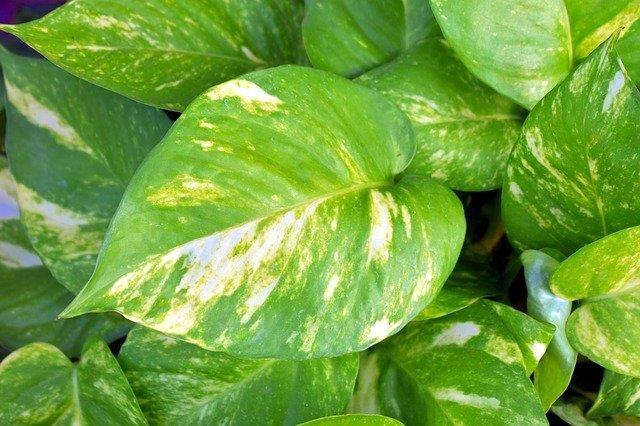 The name devil’s Ivy is derived because of the plant’s nature to survive even in the most unfavorable conditions, even when placed in complete dark. Among its various names, it is also popularly known as “money plant”, the leaves of the plant are seen to have variegation of white, yellow or light green. Devil’s Ivy is an oftsighted plant in offices, shopping centers, and other public places, along with its pleasant appearance it requires the minimum amount of care and can sustain well with watering up to once every two weeks.

The best environment for the plant would be provided by indirect light although it can withstand sunlight, harsh direct sunlight causes the leaves to burn, the ideal temperature would be between 17 and 30 degrees Celsius.

Care must be taken that the plant is not consumed by cats or dogs as it contains compounds harmful to pets. 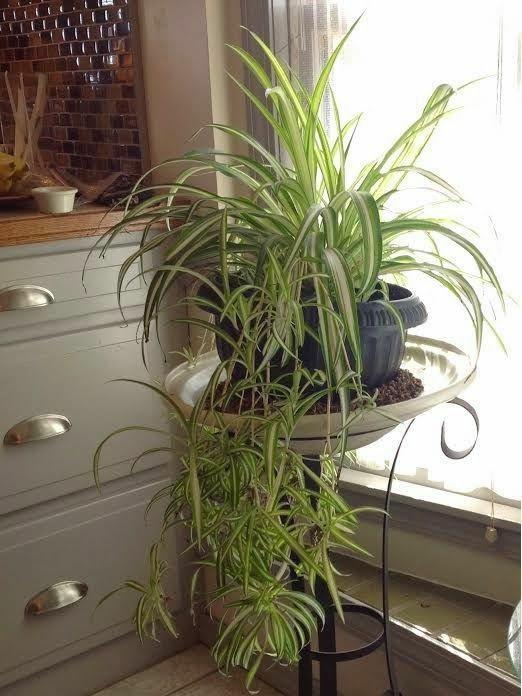 The variegated forms of spider plants also known as spider ivy are the most prevalent as they require little care to grow, these plants produce flowers that are greenish-white in color, one can often find these plants being sold in hanging baskets.

They are pet-friendly and are even considered to be edible as they are nontoxic. 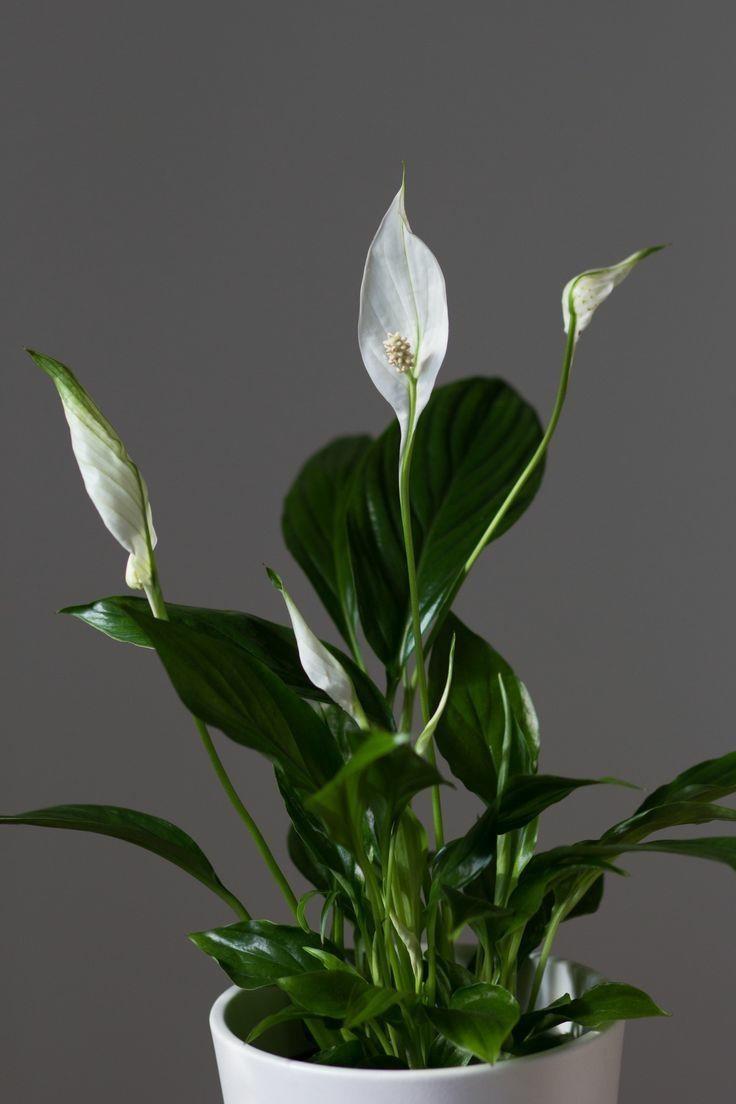 Peace lilies are some of the most beautiful blooming houseplants, they are vibrant, low-maintenance plants that are easy to find and are aesthetically pleasing.

Albeit the name peace Lily, they do not belong to the liliaceae family,

peace lilies are only mildly toxic when compared with true lilies, none the less they can cause a burning sensation in the mouth, skin irritation, difficulty in swallowing, and nausea when ingested by animals and humans.

They enjoy low light areas, and a moderate amount of sunlight is essential for them to blossom. Peace lilies require watering about once a week and perhaps slightly more during summers and a little less in winters. 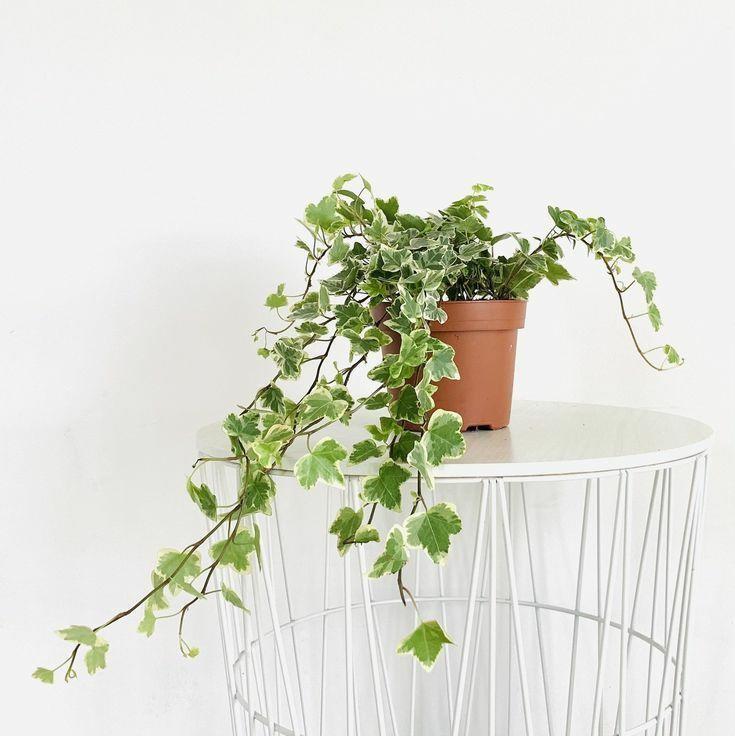 Common Ivy also known as hedera helix, is a perennial climbing plant that can grow with little to no human assistance, it

grows well in tropical areas with more humidity, as well as, in an environment with normal humidity level.

Common Ivy prefers bright, indirect Sun light, They can be seen in variegated forms. In the past, parts of the plant were used as a medicine for cough and also to treat sore or watering eyes however due to a considerable amount of saponins in the leaves they are mildly poisonous when consumed. 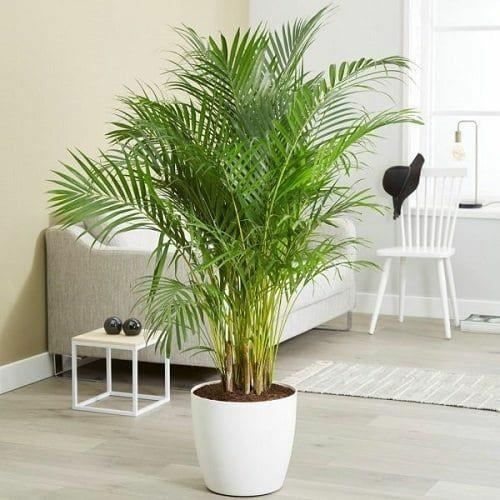 Even though the areca palm belongs to the perennial plant type, it was once an endangered species, that is not the case anymore as they have prospered since then. Areca palm plants have a moderate growth rate and need to be watered only when the soil starts to dry out. These indoor plants grow best with bright, filtered sunlight from South or West facing window, and in average temperatures of 18 to 23 degrees Celsius, keep the leaves away from windows in winters and away from the air conditioning as cold burst can cause dark spots on the leaves.

Areca plants are considered non-toxic to dogs and cats. 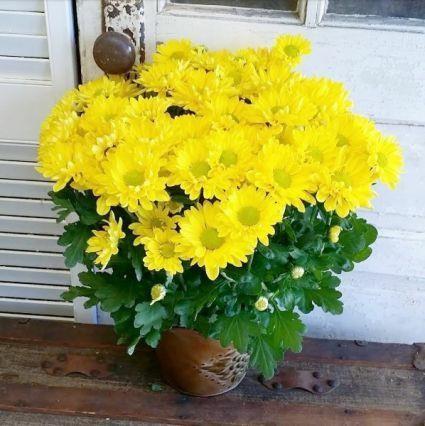 Chrysanthemums are famously known as chrysanths, they are Absolutely gorgeous flowering plants, along with lighting up the room they are also a natural source of insecticide and help in the purification of air. With only basic gardening techniques you can see the chrysanthemums blooming, they flourish in sunlight and require approximately six hours of sunlight each day, albeit during hot summers a little bit of shade, in order to prevent scorching of the leaves is considered to be ideal.

Consistent watering of the plants helps in maintaining the moisture level which results in the best growth. The plant serves as a natural insecticide, containing pyrethrin, hence, it is toxic if consumed by animals and humans. 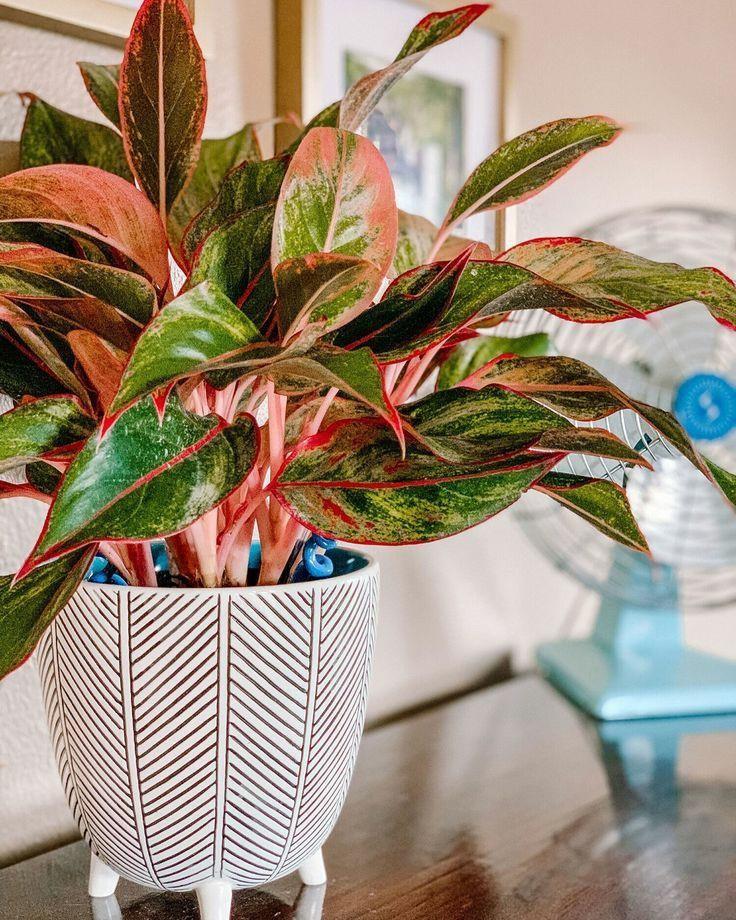 Around Asia they are famously known as plants that bring good luck, once the plant has matured, it can be seen blooming in summers, Chinese evergreen known as aglaonema, requires adequate amount of care and also grows in low light circumstances, make sure to avoid direct sunlight. Placing the plant in a shaded spot will provide good growth.

The optimum temperature for them would be between 18 to 27 degrees Celsius, anything below 15 degrees Celsius can cause serious damage to the plant. Water the plants to keep the soil moist and maintain the humidity level between normal to high. The plant contains toxic components which are poisonous on consumption hence keep away from pets and children. 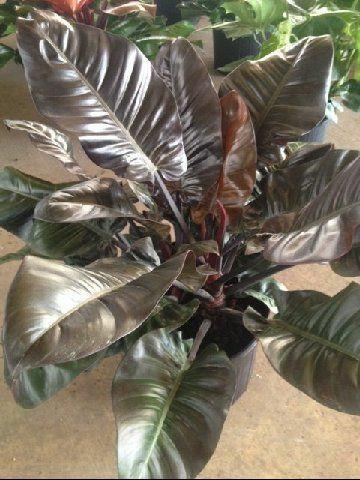 This is an unique indoor plant with its leaves having a glossy finish and the color being an interesting blend of dark Burgundy and dark green which appear to be black. Black Cardinal plant requires filtered sunlight and consistent watering to last and would be inclined to growing in a humid- tropical climate.

They are also known as philodendrons and are especially harmful to dogs and cats if ingested, hence keep it at safe from pets and children. 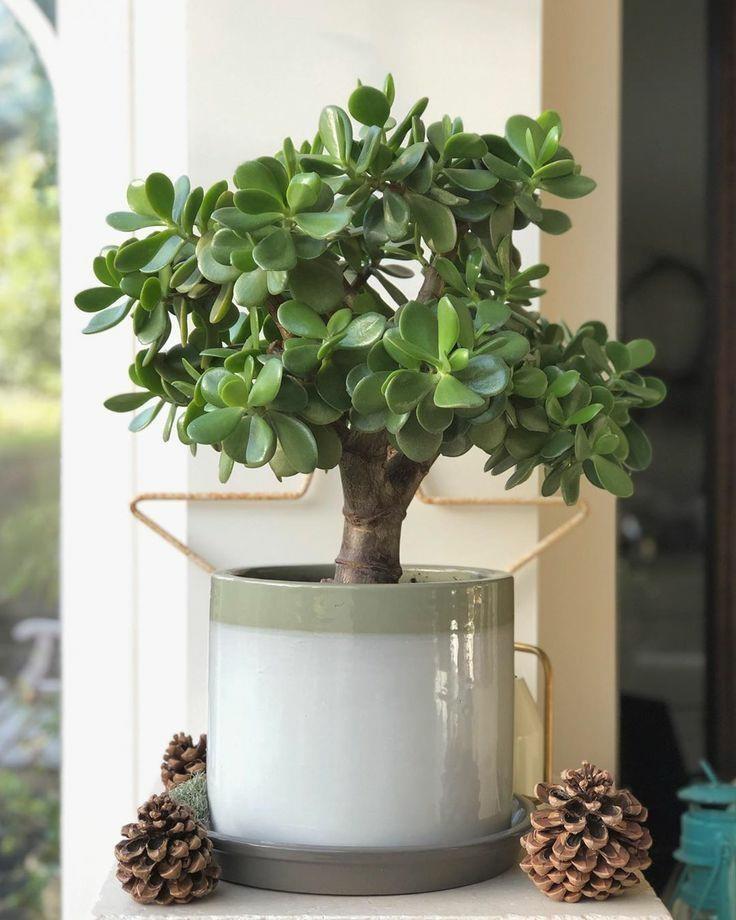 Jade plant is a common indoor plant worldwide, it’s a succulent plant that can live with very little water, overwatering may cause falling off of the leaves and also leads to spoiling of the roots, the perfect environment for Jade plants would be a bright room with filtered sunlight for approximately 4-6 hours.

They are said to be one of the easiest plants to care for, the most suitable daytime temperature is 18-24 degrees Celsius and 10- 13 degrees Celsius in night. Jade plants are toxic to animals and mildly toxic to human beings, hence keep them at a safe distance from pets and children

Aloe Vera is quite ubiquitous, be it for its traditional medicinal remedies or the organic nature of the plant which gives it a prominent stature in the field of cosmetics and hair products. It is a desert native, accustomed to negligible amount of watering and is the perfect pick for beginners looking to try their hand at indoor gardening.

Place the aloe plant in a bright , sunny environment. Filtered sunlight results in wonderful growth of the plants, it can endure extreme temperature and

the oral consumption of aloe vera is potentially detrimental as it can give rise to abdominal pain and diarrhea.