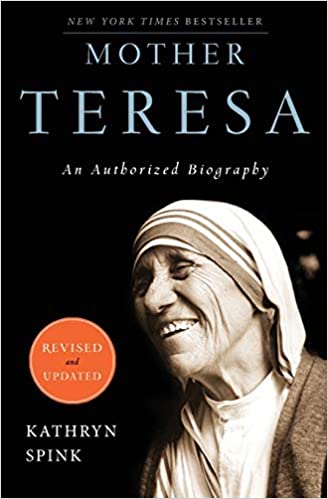 In the stage : Mother love for her son

In the stage. you left me twice

In the glories of flying skies

Laying the plays in the twinkling stars

No one remembers when time flies

You all played in a group like Angel Tribes

Staring the Sunshine and Dawning the dark

I always saw your enjoyable smiles

Never scolded you for all your lies

Was always with you for all your tries

You come back, and stick to my heart

Without you, THIS MOTHER HEART CRIES

In the stage, you left me twice….

Review
“Come Be My Light is a one-of-a-kind posthumous autobiography that has the potential to lead a significant public personality to be re-examined in one way or another. It tackles issues of God and faith, as well as the durability of divine and human love. Readers should be the more convinced that it is genuine – and that they are, rather startlingly, touching the actual inner life of a modern saint – since it does so not in any structured, purposeful manner but as a mishmash of frantic notes not intended for daylight.” Time Magazine’s David Van Biema:
Author Biography

MOTHER TERESA was born in Skopje in 1910 and entered the Sisters of Loreto in Dublin in 1928, where she began her novitiate in India. From 1931 until 1948, she was a teacher at St. Mary’s High School in Calcutta, before leaving the Loreto order to found the Missionaries of Charity. Her devotion to the poorest of the poor expanded around the world thanks to her sisters, brothers, and priests. She was the recipient of several honours, including the Nobel Peace Prize in 1979. Her beatification procedure began rapidly after her death in 1997, and she was beatified in 2003.

FR. BRIAN KOLODIEJCHUK, M.C., Ph.D., is a Canadian who was born in Winnipeg. In 1977, he met Mother Teresa and remained close to her until her death in 1997. He became a member of the Missionaries of Charity Fathers in 1984, when they were founded. Fr. Brian is the director of the Mother Teresa Center and the postulator for the Cause of Beatification and Canonization of Mother Teresa of Calcutta.

Mother Teresa’s primary wisdom – the most approachable, personal, and inspiring book of her teachings — is contained in No Greater Love. The book covers her insights on love, charity, forgiveness, prayer, service, and what it means to be a Christian, and is organised thematically to portray her revolutionary view of Christianity in its beautiful simplicity. No Greater Love is a stirring monument to profound optimism and unwavering confidence in God, honouring the life and work of one of the world’s most famous spiritual leaders.

Mother Teresa’s timeless appeal and challenge to the world is to “Do Something Beautiful for God.” This is a highly personal and emotional request, not an abstract one. There’s a lot going on in the world, and much more going on within our own hearts, thoughts, and souls. All of this makes it easy to lose sight of what really matters and become consumed in what doesn’t.

Mother Teresa is a symbol of goodwill and one of history’s most respected ladies. How did she end up becoming so important to so many people? Slowly yet steadily Small deeds done with a lot of love. By wanting to be good and continuously doing good, you may become a symbol of goodness.

These sections include Mother Teresa’s most important teachings. They provide us extraordinary insight into her heart, mind, soul, and life. They will torment you in your comfort and soothe you in your misery. Most importantly, you will hear Mother Teresa encouraging you in the middle of all this bustle and bustle in your life by softly saying: Do something beautiful for God with your life!

Many have referred to her as a saint. She was awarded the Nobel Peace Prize in 1979 and the Jewel of India, India’s highest civilian honour, in 1980. In 2003, Pope John Paul II beatified her and called her “Blessed.” Mother Teresa, an Albanian-born woman who led the Missionaries of Charity in Calcutta for over fifty years, fought for the destitute and destitute, tended to the ill, provided hospice for the dying, and exemplified the very spirit of humanitarianism. According to James Martin, SJ, author of The Jesuit Guide to(Almost) Everything, Kathryn Spink’s authoritative, approved biography is now “simply the finest… around.”

“Thoroughly researched, tenderly written, and always inspirational, Kathryn Spink’s book should be your first resource for comprehending one of the greatest saints in Christian history, after Mother Teresa’s own writings.”