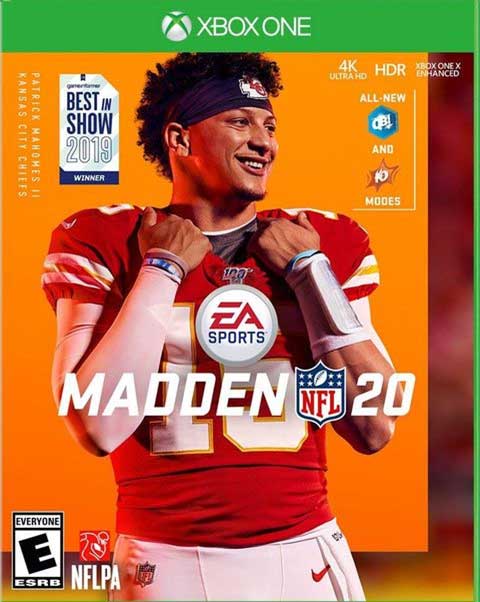 Best games of all time both old and new games

What are the best video games of all time

Video game are made for people of all age group – like kids, adolescents and senior citizens. But not all games are made for everyone, because everyone has different preferences. Kids like story-based games also known as RPG (role playing game). Kids like action games or competitive games to compete with each other. People want to unleash their creativity so games are also made for that purpose. People can play these games just for removing stress so if you want to find your game you can find it right here. We have gathered some of the best video games that you may like and spend a good amount of time in it.

Best video games of all time

1. Call of duty Modern Warfare from ACTIVISION.(Rating:- for 12+)

1.This first-person shooter game published by Activision is the 16th overall in the Call of Duty series. It came out in October 2019 for Microsoft Windows, PlayStation 4, and Xbox One. The storyline follows a CIA officer and British forces who team up to try to save the fictional country of Urzikstan from invasion. People who are familiar with series know how good this game is its story is very good it is full of action and intense situation plus it has the most iconic line of the gaming industry. If you like playing as an special agency officer with good action and story line then this game is for you.

Link of the game on stem :-

1.This football simulation game published by Electronic Arts is based on the National Football League. This version, which came out in August 2019 for PlayStation 4, Xbox One, and Microsoft Windows, is the latest in the Madden NFL series.  If you like sports and are a fan of NFL then this id the game for you her you can make your own team with your favorite  NFL players and it also has a campaign mode make your own team and compete with your friends so and show them your skills and your team building you can control all of your characters or let the AI do it and just control some characters but it dose have in-game currency for buy in new players for your team and if you want you can spend real money also its your choice you can also gain in-game money by just playing the game

Link of the game on stem :-

3. Legend of Zelda Breath of the wild made by Nintendo

1.It is an open world game with high graphic in this game. You will play as Link the main character of this game. You will explore Hyrule a fantasy there are environment changes in it. It has its own smart AI enemy’s. You can explore the world follow the story clear dungeons for rewards there are old style weapons in it like bow and arrow, sword, spear to an axe etc. There are also shields which have their own durability of how many times it can sustain damage and can break. You can follow the story of it save Hyrule make your own town with people in it. Overall, it is one of the best game of all time. It is available on Wii-U and Nintendo switch . Easily one of the best games of all time.

Link of the game only available for Nintendo switch :-

4. VALHEIM  made by  Iron Gate Studio

1.Valheim, in contrast, is $19.99 and highly accessible. You will take on the role of a Vikings who has been granted eternal afterlife by Odin himself. One of Odin’s ravens shows up to provide tutorials. This game distributes tools slowly as you get the basics of terraforming, farming, combat, bosses, and crafting. You can’t get in too deep without understanding your starting tools, and that provides a good on-ramp for the game. Luckily, you don’t have to spend long punching trees to earn wood before you can get into the real action.

2.Fight monsters with your friends. Craft weapons , explore the new world. Fight other people increase your skills. In this game like running, blocking, aiming etc. It is in third person game. You have to hunt for food and fight for land. Fight against monsters with your friends in CO-OP. You can also do PVP (Player verses Player) conserve your stamina to fight again once more and enjoy. One of the best of the new games of all time.

1.If you love gangster type of games but the location is in Japan then this game is for you. It is a fun action beat am-up game in which you fight against other gangs. This is the game it is a game in which you are a yakuza a Japanize gangster and live in a fictional city of Kamurocho .You will play as two characters in this game known as Kazuma Kiryu an Goro Majima both are now not in yakuza because of some incidence that happen Kiryu tries to clear his name and Goro Majima tries to do jobs for the yakuza clan that he was thrown out from so that he can come back in it but things are not that simple is it play this game and find out about this story yourself.

2. But it’s not only that but you can also play karaoke in this game you can go bowling and also play baseball you can run your own business but that means that you have to defeat your rivals they will also try to ruin your business but you have to Handle them by buying their properties/business of your rival they will come to fight you after you have made them angry enough defeat them and show them who is the boss. You can also play arcade game in this game which were developed by saga.

3. You can also bet on fights you can also fight in an arena to earn money the story is good and the combat is so good. There are various styles of fighting you can use and also some hidden fighting style that you can explore you can upgrade your stats using in game money which is very easy to get easier after the business.

4.There are also various of side missions in this game which are quite unique in their own way and very fun. Also, there are equipment’s that you can use to boost your stats and also you can use weapons in this game from nails to swords from hand gun to shotgun even umbrella can be used as a weapon and plates too there are lots of thigs that can be done in this game. You can enjoy it over and over again try this at least once it is one of the best game’s saga made plus it is open world what more can you ask. Enjoy one of the SEGA’s best games of all time.

Link to the game on stem :-

6.GOD OF WAR 4 made by Santa Monica Studio

1.God of war 4 is fourth instalment of the god of war games in this you play as Kratos the son of Zeus the god of thunder and the king of Olympus after Zeus kill his father he ruled the world and after that Kratos kill Zeus and his brothers and also kill all of his own brothers so that he could get revenge from them for what they did to his wife and daughter after killing them he suddenly transferred to Norse mythology from Greek mythology their he married once more and had a son after his wife died her last wish was that Kratos would spread his ashes from the top of the biggest mountain in the whole of the nine realm so Kratos and his son went on the journey to fulfil his wife’s wish.

2. But on the way there they encounter many difficult enemies and puzzles to solve on their journey they in an unexpected twist they fight the gods of this mythology one of them is Bolder the brother of Thor. Bolder is the main villain in this game who knows who Kratos is and demes him threat to the gods.

4. Join in his quest once more and help him fulfil his goal but this time Kratos is not alone as he has his son this time . He uses a bow and arrow to fight but he also gains some skills as the story progress . Then there are also side stuff you can do also like you can fight Valkyries and free them so side missions find all the secret chest to get more items you can also upgrade your weapon and also get Armor after exploring unlock new skills and dominate your enemy and show them who is boss . After playing it you will know that it is one of the best games of all time

5. Available on PS4 Xbox and PC

7.Subnautica made by Unknown Worlds Entertainment

1.This is a game for swimmer’s fans. If you like big ocean and sea with new sea creature to meet and find out about them. This story is about a Reacher who crashes into an unknown planet and has to survive and reach home. While he explores, he gets anew transmission from the rescue team which is send to the planet to find him. But something unexpected happened to the ship coming to rescue you . So now his mission is to somehow deactivate the mechanism and then make a space ship and get out of this planet . Also you have will have some kind of disease in the future so you have to find the cure of that also so good luck.

2. Find new creatures uncover the secretes of this planet. Make new machines to make your exploration smother. Gather items and make your own HQ, explore new location’s and fight big sea creatures that are living in this world the visuals are amazing the controls are good the story is good it is an open world you can chose your difficulty to make it more realistic. By this I mean you have to eat, drink, check your health etc. It is a quite awesome game and has a lot replay value.

3.Subnautica below zero is also a story of researchers . It has a different plot then the first one and it is made on a deferent planet which has both ice and water. New creatures you can check that out as well you can also play that game.  But the real Subnautica was a master piece of its time so you should definitely play it . It is worth wile. This game makes you feel like you are in a real ocean. It shows us how ocean can be scary and dangerous so if you want to explore ocean and don’t want to get yourself wet in real life. This game is for you people for all those adventures out there in the world. One of the best games of all time

4. It is available on Xbox PS4, PS5, Microsoft, Switch, Nintendo.